Happy Thursday morning from Tokyo, Japan.  Its only Wednesday night in the USA… hurry and catch up with us across the ocean!  Looking forward to the 1st ever Japanese Sports Field Manager workshop this afternoon.  No doubt some fantastic ideas will be exchanged!

This trip to Japan has been extremely exciting and thought provoking already.  The highlights from Tuesday’s visit include:

Tuesday:  A trip via bullet train south to Kobe, Japan.  Train travel at 200mph is certainly efficient.  The need for such travel in the USA is unfortunately a political discussion we will avoid…  But wow!

In Kobe, we visited Noevir Stadium.  Noevir is home of Vissel Kobe of the J-League (Japanese top soccer league),  INAC Kobe Leonessa of the Japanese women’s soccer league, and the Kobe Steel Kobelco Steelers of the Japanese Rugby Union top league.  Head Grounds Manager Kanji Yamanaka was very gracious with his time to show me around and share about his challenges and solutions.  Thank you to him for being so open and kind!  Noevir is extremely unique by American standards, as it is a 30,000 seat stadium with a retractable roof.  It was originally built for the World Cup in 2002. 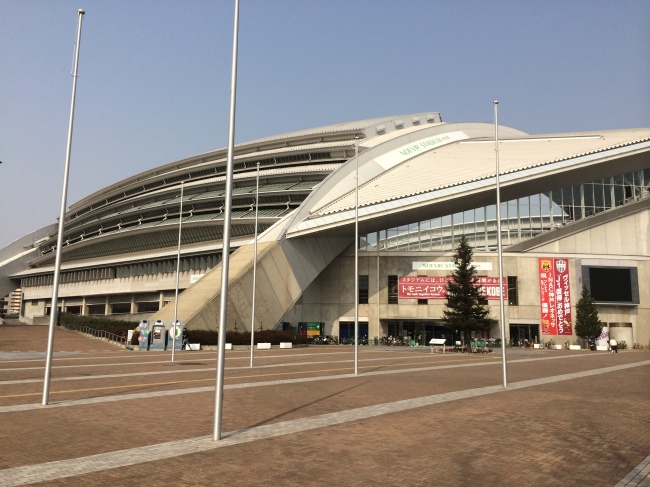 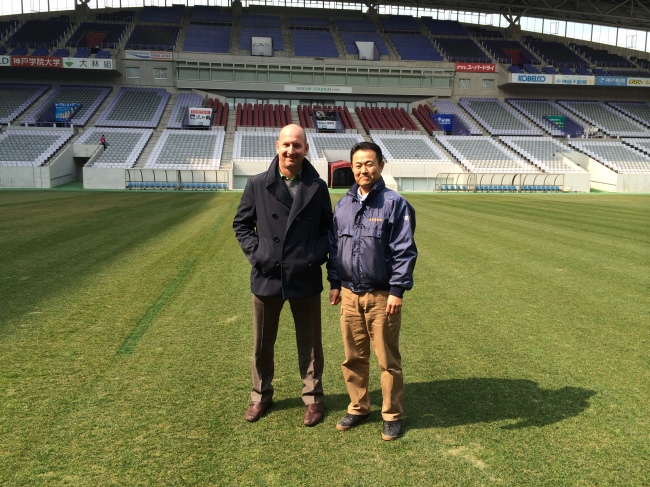 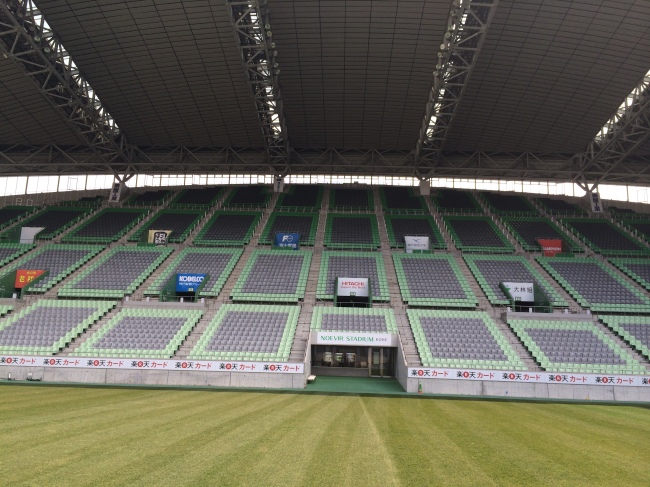 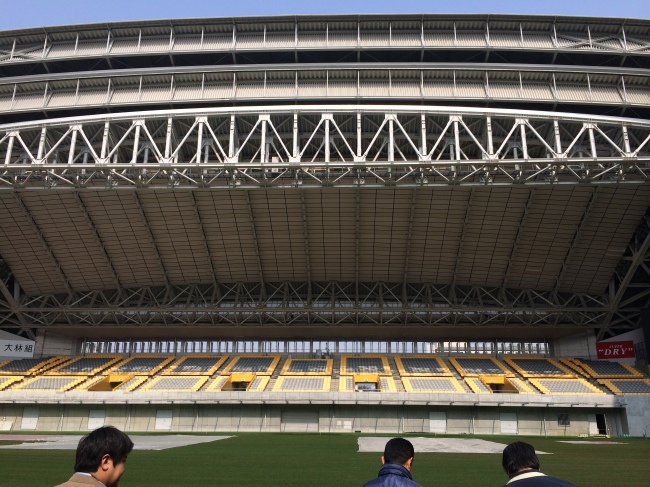 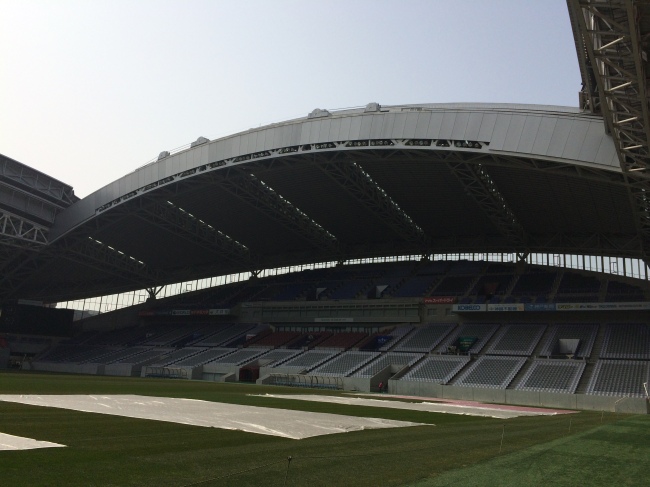 Back aboard the bullet train, our next stop was Toyota Stadium in Toyota City, Japan.  It doesn’t take much to figure out that the Toyota Motor Company world headquarters is also in Toyota City.  Head Grounds Manager Mr. Osamu Tainaka ironically drives a shiny Dodge Challenger! haha.  Thank you to him for staying late to see us and for being so open as well.  Toyota Stadium is another stadium with a retractable roof, reaching a capacity of about 45,000 people.  Toyota Stadium is home to a J-League team as well, along with rugby, concerts, the FIFA Club World Cup (Toyota Cup), and multiple community events.  What an amazing structure! 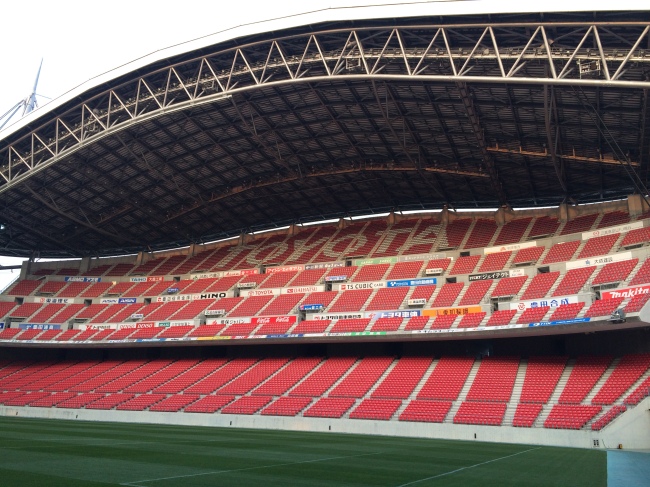 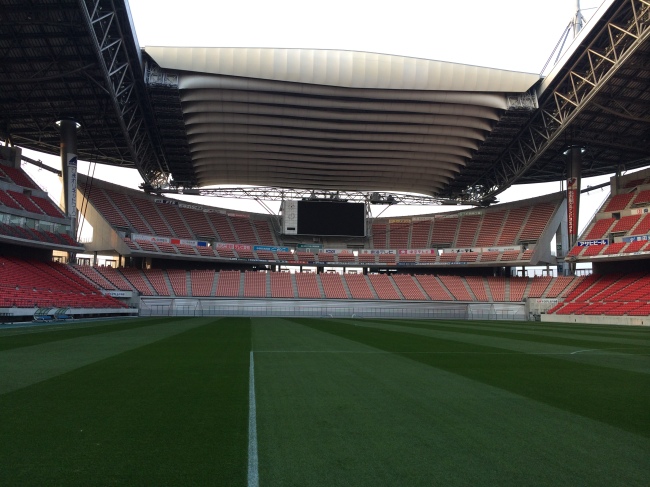 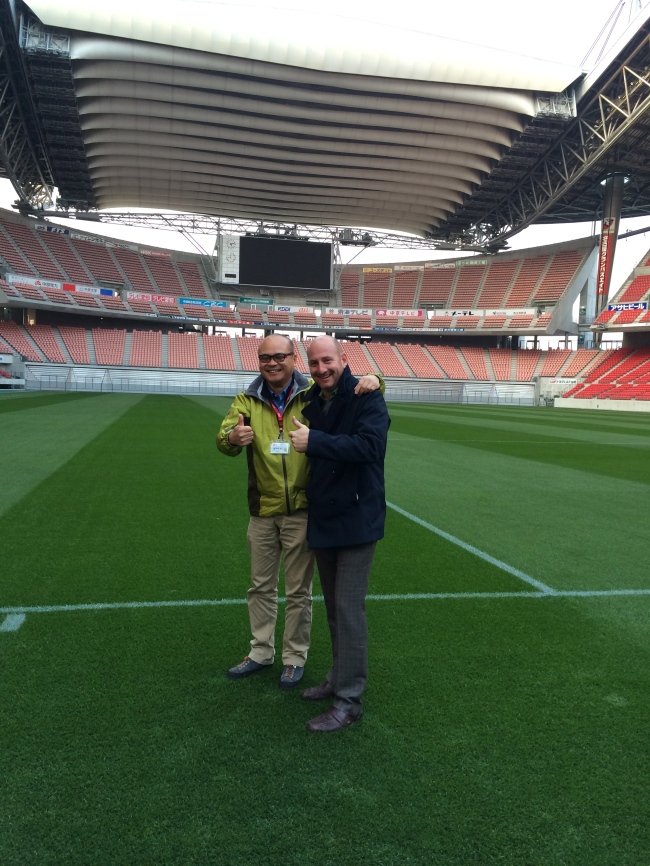 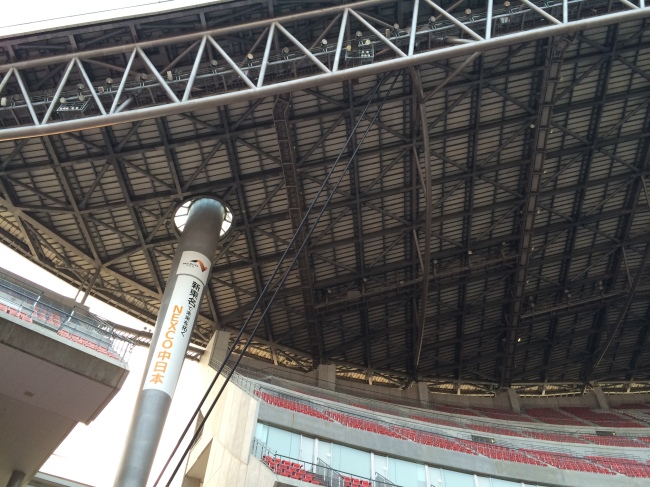 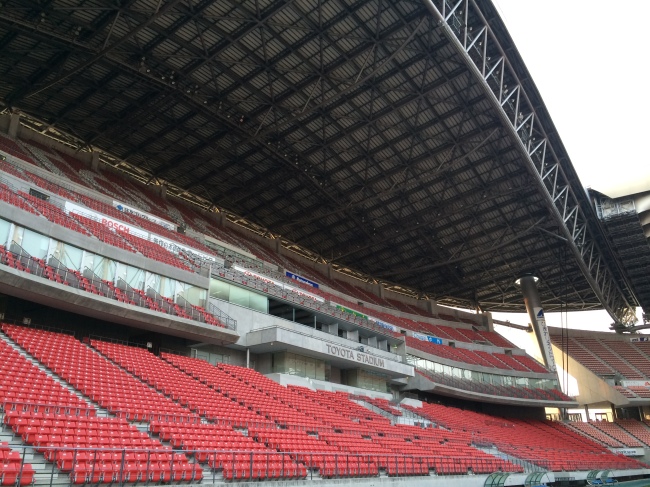 Off to the Japanese Sports Field Managers workshop… but more updates to come on additional stadium visit!  Good night USA!

1 thought on “Greetings from Japan!”